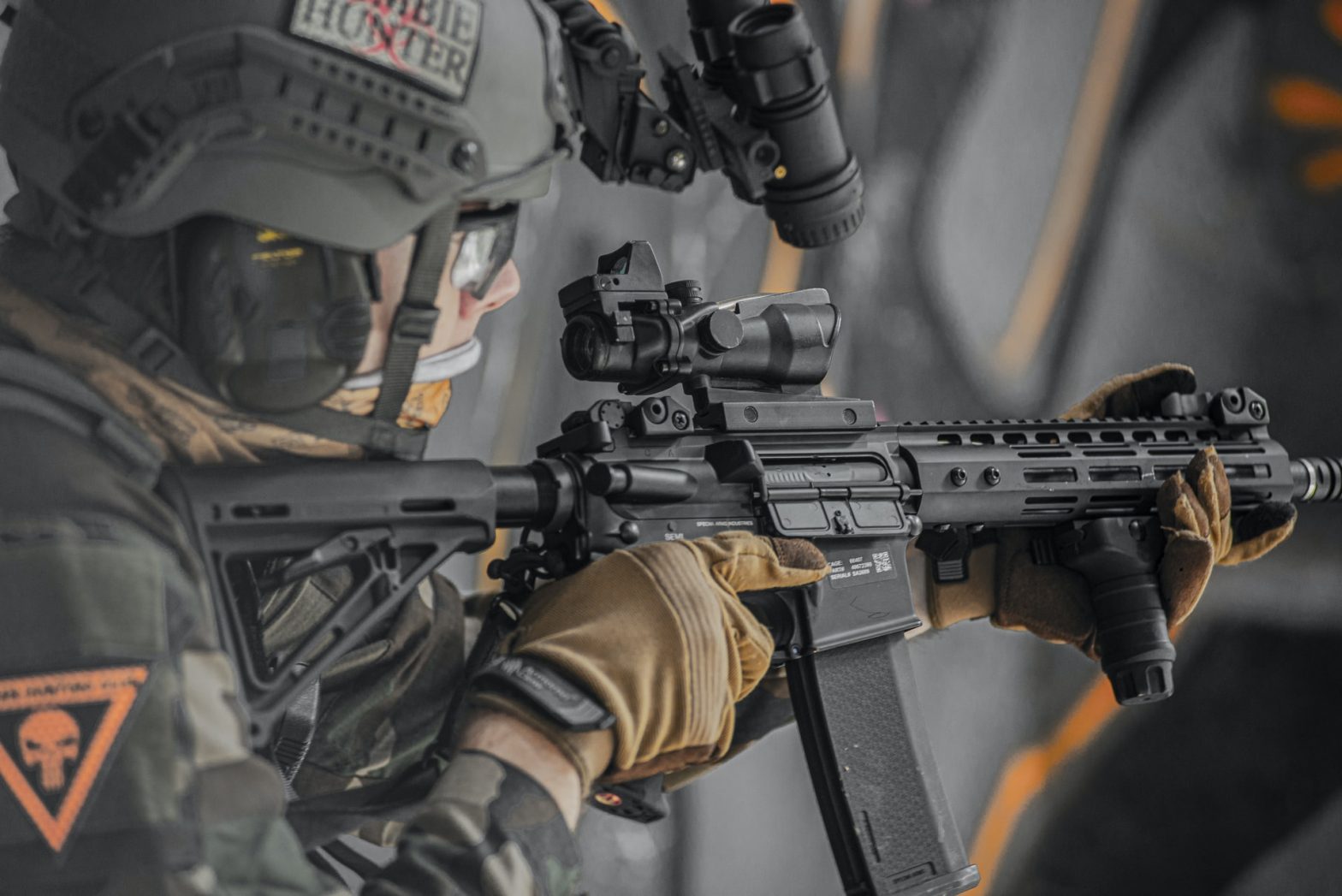 The whole world was captured by airsoft madness. Where else can you legally feel like a real commando if not in airsoft? Both men and women get together in teams and play war games. The fact that they are playing does not affect the amount of adrenaline, as if there was a real fight. This is what airsoft players love.

All negative emotions and aggression are discarded during the game—every airsoft player must-have equipment to play. Sometimes the owners of airsoft courts rent out equipment, but every self-respecting airsoft player prefers to have their equipment. The kit includes weapons, helmets and helmets, goggles and accessories, protective masks, disguises, and so on.

Airsoft guns are soft pneumatics, divided into three types: spring weapons (spring-piston pneumatics), electro-pneumatic, and gas (gas cylinder). The principle of operation of airsoft weapons is that the bullet is ejected using the energy of compressed air or gas. Bullets are balls of different diameters and weights, which depend on the type of weapon and model. To increase the range of the shot, the Hopup ball spinning system is used.

The spring-piston pneumatics consists of a spring, a piston, and a locking mechanism. The spring must be changed manually. The spring pulls back the piston and forces air into the cylinder. This weapon is capable of producing powerful but single shots. This principle of operation is often used in sniper rifles.

Gas pneumatics works on gas cylinders, there is recoil in it, and there is a natural sound of a shot. Machine guns, pistols, and rifles are also gas-fired. The gas spring design is a cylinder that is filled with pressurized gas inside. On one side of the cylinder, there is a rod that moves along the gas reservoir. When the trigger is pulled, the gas is compressed and pushes the rod, which drives the piston. Gas weapons require regular maintenance, without which their work is short-lived. The downside of gas weapons is that at low temperatures, the gun may stop working.

Electro-pneumatic weapons are the most used type of airsoft weapon. With this weapon, you can conduct automatic fire at a distance of up to 328 ft at a speed of 600 to 1200 rounds per minute. This weapon is powered by DC electric motors, which are powered by batteries. This type of airsoft weapon uses a gearbox – a block of the primary mechanism. The advantage of this weapon is that it is unpretentious in lowering the ambient temperature to 14 degrees Fahrenheit. And already at a lower temperature, the gearbox may break, as well as internal parts. For games in the winter, electro-pneumatic weapons must be specially prepared.

Features of an airsoft gun

The working mechanism of airsoft guns

The airsoft gun consists of an outer shell, an inner barrel, a hopup assembly, a gearbox, a battery pack, and a magazine.

The outer casing contains all the internal parts and can be made of metal, polymers, and wood.

The inner barrel is responsible for the acceleration and flight of bullets-balls.

The HopUp knot feeds the balls from the magazine and is also used to spin the ball. The HopUp is a small rubber band that presses the projectile against the inner wall of the barrel.

The primary mechanism of the drive is a gearbox shaped like a small pistol and located inside a steel box. The gearbox is responsible for the production of a shot and consists of many parts. The purpose of these parts is to create a flow of air into the inner barrel, then forcefully blow the ball out of it.

The gearbox mechanisms are driven by the energy of the storage battery, which is connected to the motor-gearbox bundle using wiring and has three parameters: voltage, power, and battery type.

A magazine is a part of a weapon device that stores balls for shooting and feeds them to the Hopup in sequence.

Professional airsoft players often tune their weapons. They install high-precision sights, laser pointers, enlarge the magazines with balls, and make many other additions.